I have pastored in the United States for over a decade, after having spent most of my life on the foreign mission field.  The longer I serve in the United States, see the direction of our country, and witness the health condition of churches in America, I am convinced that we as pastors and churches must embrace a missionary mentality.  In other words, we need to be intentional about doing what we teach foreign missionaries and church-planters to do in order to effectively reach a foreign culture with the Gospel.  I imagine pastors and churches across America look out into their communities and feel like they are living in a foreign culture.  The fact is, they are.

Our society today is a radically different culture from the culture most of us were raised in.  It can be frustrating and discouraging when our ministry efforts fail to connect and engage.  I believe the answer can be found by looking to an amazing group of men and women.  We call them missionaries.  What are missionaries, that are effectively engaging a radically different culture, doing?  What is their mentality?  Four principles come to mind:

Cultural adaptation.  Missionaries are intentional about observing and studying the culture they are seeking to reach.  They make efforts to learn the language, the history, the values and priorities, the daily and weekly schedules, the musical styles and expressions, and the local dress.  Then they make intentional and strategic decisions (within clear biblical parameters) to adapt their lifestyle and methodology.  They adapt like Paul (1 Cor 9:19-23), like Hudson Taylor, like Amy Carmichael, and countless others.  We encourage and applaud when missionaries adapt to reach their cultures, and yet we struggle to encourage and applaud pastors and churches that are seeking to adjust methods, schedules and models to reach our current American culture.  We are not called to reach America’s past culture; we are called to reach America’s current culture.

Relational discipleship.  With such limited human, financial and technological resources, foreign missionaries have to focus on the basics.  Aside from any organized worship and preaching services, they invest in mentoring relationships that help believers grow, mature and reproduce.  In short, they make disciples (Mt 18:19-20).  They do not focus on lessons and classes alone, nor on friendship and informal time alone.  They focus on both at the same time, whether individually or in very small groups, which is what it takes to meaningfully disciple other believers.  This is often missing in American churches, though there is a growing emphasis that is encouraging to see.

Local church training.  Again, when our resources are limited, missionaries are forced to go back to the biblical model alone, which happens to be the best all along.  There usually are no Bible colleges and seminaries, Christian bookstores and Christian radio.  If believers are going to be trained to do the work of the ministry, and even to become pastors and missionaries, the local church has to do it.  That is why so many missionaries start Bible institutes, but even those are usually heavily tied to the local church and their pastors.  Though there is a tremendous need for Bible colleges and seminaries, many churches have relinquished their biblical responsibility of equipping the saints, and they are hoping other institutions will do the work for them.

Multiplication mentality.  I know of few missionaries who are not always looking out to other towns, communities and regions that are in need of the Gospel, and of Gospel-preaching churches.  Many missionaries are invested in works in separate towns at the same time!  Those who are involved in effective church planting movements write about the importance of “planting pregnant.”  In other words, from the very beginning of a church plant, there is already a focus and intentionality on planting daughter churches and eventually releasing members to start other churches.  That seems so foreign in America, and yet it is a way of life for most missionaries.

I wrestle with these challenges every single day.  I do not claim expertise or point to my church as the model to follow.  But I know that what we need as pastors and churches in America is a return to a missionary mentality.  Sure, it can be discouraging and frustrating, but there is hope for churches in America.  One generation of churches reached the world in the first century.  I believe our current generation can transform both our country and our world with the Gospel.  We have hundreds of living examples all around us.  They are called missionaries.

In a recent message, I opened my heart on a topic that has been building inside of me for a very long time.  The concept is not mine; it’s Biblical.  The terms are not mine; they’re adopted from others.  But as I seek God’s direction for the future of my leadership, and the church God allows me to pastor, I have a growing conviction and clarity about what needs to be done and what is at stake.  If we are to reach our world for Christ, and be truly obedient to the Great Commission, we must be committed, not just to growing by addition, but by multiplication.  Individually, we must multiply as disciples.  Collectively, we must multiply as churches.  There is simply no other way to effectively reach the world in time.  Multiplication has been God’s plan from the beginning of time.  Here is the message I shared: 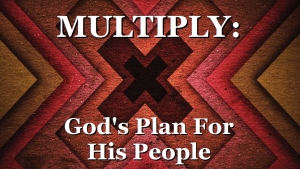 As a former second-generation missionary I can’t help but compare ministry on the foreign field to ministry in the United States. There are so many things that are considered fundamental and assumed in missionary work, but are often neglected in established works “at home.”

One area that comes to mind is that of discipleship and training. On the mission field there are often no Christian bookstores, radio stations, or Bible colleges. If believers are going to be trained and equipped for maturity and ministry, the responsibility falls squarely upon the local church and pastor/missionary. The necessity forces them to do what is already commanded. It is also understood by most that just coming to weekly services doesn’t accomplish the task of making disciples and training them to do the work (Matthew 28:19-20).

A typical missionary will take time outside of regular service times to disciple believers one-on-one (the most effective ratio). Basic topics are covered, but individual needs and challenges are prayed about and Biblical counsel is given. Sometimes a series of lessons are taught in a small group (like a new believers class). But beyond that, in depth, specialized training is needed if that individual is to be prepared to teach, lead, or even pastor. To meet that need, a missionary (or small team of missionaries) frequently organizes classes or Bible courses to train those servants, while they continue serving in their local church.

But discipleship and training are often missing in local churches in America. New believers are encouraged to attend Sunday School and church services, but are often not discipled individually (or in very small groups). When it comes to ministry training, we tend to contract it out to outside institutions or ministries. We pastors often pray for God to send us people who can teach and lead, yet we have no organized method or model to train men and women ourselves. We leave that exclusively up to Bible colleges and conferences (which have their place), but we forget that the burden of equipping believers for the work of the ministry falls upon the local church leadership.

We can always debate about whether a seven-lesson Bible study makes a person “discipled” or not. We can discuss the role of Bible colleges and conferences to the local church. But what is clear is that ANY intentional approach within the local church is better than NO approach. It is vital that we take discipleship and training seriously in our churches. We often give in to the mentality that three services a week will automatically lead to discipled and trained believers. But that is a critical mistake.

I do not write as one who has this figured out. But I write as someone with an increasing burden to see our churches become reproducing New Testament congregations that will reach our communities, nation, and world for Jesus Christ. May God give us discernment, direction, and determination as we carry out our role within His Kingdom.